Born out of love, Roy Mitchell has done his best to keep the community informed during the COVID-19 pandemic 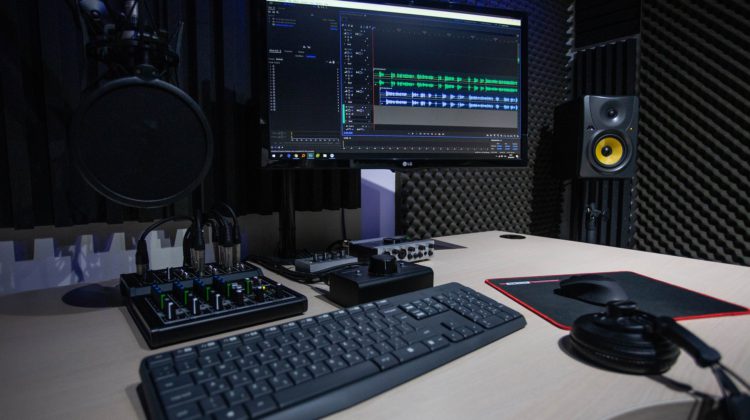 When listening to Roy Mitchell’s “Hybla Minute” podcast, you might not realize its roots go all the way back to Toronto in the 1980s.

Before Mitchell moved to Hastings Highlands, he lived in Toronto. In the 1980s while he was studying at the University of Toronto, he and his friend Ken started a show called “Gaywire” on the University’s campus radio station CIUT. “They didn’t even have their FM license yet,” Mitchell says. Many years later when Rob Ford was Mayor of the city, Mitchell started “Roy Nation” which was an online radio station. “It was this ridiculous thing,” he explains. Mitchell says before podcasts exploded in popularity, “Roy Nation” served as a network of sorts for likeminded podcasters.

“People used to tell me how it’s magical and mystical (in Hastings Highlands) and I didn’t believe it because I’m from the city and thought they were all hillbillys,” Mitchell jokes. After coming up to the area for a party, he realized the people telling him that were right and moved to the area.

“In a rural area, there aren’t a lot of local media sources,” Mitchell says, which is why he started “Hybla Today.” He used it as a way to deliver the news in an entertaining, but informative way. After a while, he said the political side of the news burnt him out so he put the show on the backburner.

In April of this year, he decided to bring it back though under a different name – “Hybla Minute.”

“It was born out of love,” he says. “It was also because the pandemic hit and I wanted to get information to people.” His first two interviews were with the Mayor of Bancroft Paul Jenkins and Mayor of Hastings Highlands Vic Bodnar. He’s also chatted with Sandra McGrath from the Bancroft Family Health Team and other health professionals. Mitchell did a total of 21 before taking a break but is returning in July with a new episode.

“I’m like that awful guy at a party that will ask you a million questions,” Mitchell says. He adds that doing this podcast is a joy because he gets to talk with people he admires so each episode is like catching up with a friend.

Mitchell says he hopes to grow the podcasting network in North Hastings. He says it’s his dream to host a podcast workshop to do that. “There’s a lot of interesting people up here,” Mitchell says, adding that these stories need to be told from different perspectives.