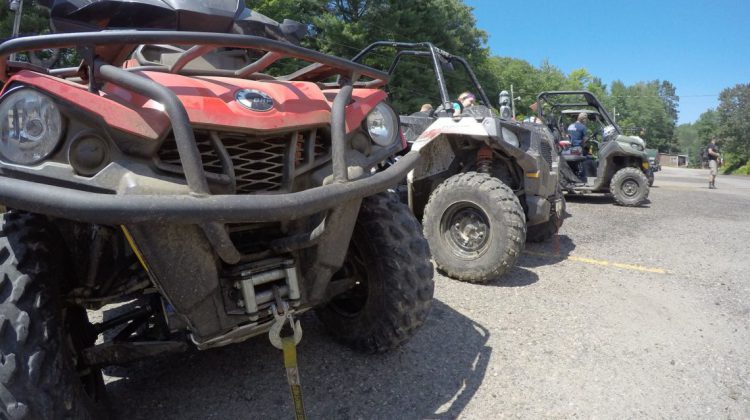 It is a time of great expansion for the Renfrew County ATV (RCATV) Club.

With their general meeting being held on April 24th, many of the topics include how the Club deals with increased ATV use on urban streets and the extension of the trail system into Hastings County. RCATV CEO Theresa Hebb says the AGM is held to inform riders and landowners about what’s up next for their club, how member’s trail passes will be spent, what maintenance priorities there are and to hear concerns from landowners and residents near trails. There will also be an update from Renfrew County about the status of the Algonquin Trail and how that will expand north of Petawawa.

One of the main focuses of the meeting is the use of municipal and urban roads to connect to RCATV trails. Legislation recently passed allows ATVs to use municipal roads unless there is a specific bylaw in place prohibiting them from doing so. Hebb notes that if riders are not respectful and do not share the road, there is a risk that this privilege will be revoked. She hopes that the AGM will brainstorm ways to keep trails open and accessible while also being respectful of the needs of residents. Ideas like keeping speeds down, building new trails, or even lessening use are all on the table.

Another major focus is the recent opening of Hastings County trails for use by the Ontario Federation of ATV Clubs (OFATV), of which the Renfrew County Club is a member. With the Hastings Heritage Trail now accessible, ways of connecting trails through Madawaska Valley, South Algonquin and Brudenell, Lyndoch and Raglan Townships will be up for discussion. Madawaska Valley, in particular, is in talks with RCATV for a land-use agreement to find better ways to reach Combermere from Barry’s Bay. Along with connections between Lake St. Peter and Maynooth, as well as Palmer Rapids and Griffith, many trail extensions will be discussed now that the OFATV has access to Hastings County trails. The goal for OFATV, according to Hebb, is one voice, one system, one permit, similar to how the Federation of Snowmobile Clubs handles its trails.

Unfortunately for RCATV, Hebb says that they cannot do the ATV events they normally do that many riders look forward to. For this year, the focus will be continuing trail and rider safety for both ATVs and side-by-sides. Plans to erect better signage are in the works to help people not get lost. In addition, a new “trail-tech” series aims to inform riders about what tech they can bring on the trails to help keep them safe and to make the most of their time.

The AGM will take place from 10 AM to 12 PM on Saturday the 24th, and you can find a way to register here.