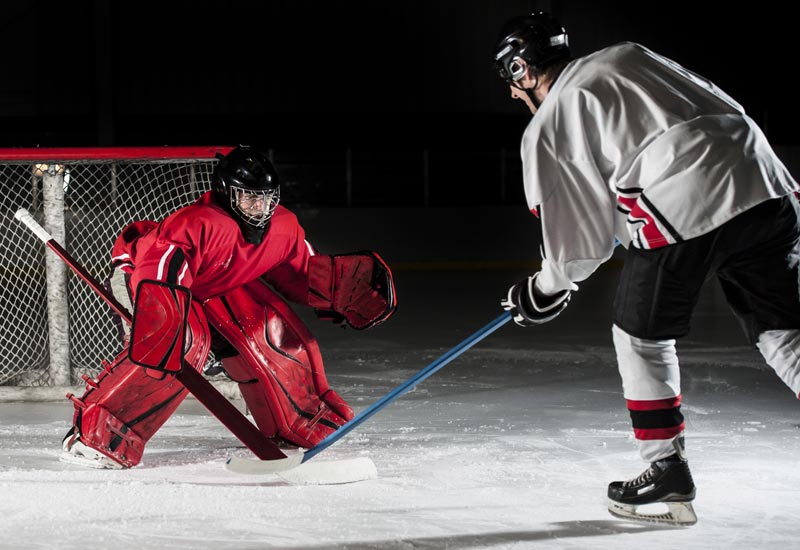 “We make sure we don’t lose to the local team.”

Dionne, who won the Stanley Cup with the Montreal Canadiens in 1993, is also known for being the younger brother of NHL Hall of Famer, Marcel Dionne. “It was incredible growing up with my brother and seeing his hockey cards for the first time” he says and adds that “even myself, when I see fans with my hockey cards, I always sign every card”.

Some lucky fans will most likely be getting his autograph on Thursday night at the Pembroke Memorial Centre as the NHL Alumni team comes to town, looking for a win. “We’ve been doing the tour for 15-20 years and when I get the schedule in September, I’m always honored when I see cities we’ve been going to for years and I always play at 100% and we make sure we don’t lose to the local team”. With Dionne, Owen Nolan, Matthew Barnaby, Ethan Moreau and Brent Gretzky will be hitting the ice.

When we talked about his career, I had to ask him about some of the best and toughest players he’s played against. He says Bob Probert was definitely the toughest. Although Dionne never tangled with him, he says that “one time I faced off against him and he told me to stop running around if I didn’t want to meet him again” Dionne then says, with a laugh “so I stopped running around because I didn’t want to see him again”. In terms of best players he’s played with, he had to go with his line mate during the Habs’ 1993 Stanley Cup season, Denis Savard. As for goalies, he says the toughest goalie to score against was Martin Brodeur, but recognizes the fact that at that time, one of the best goalies of all time was on his team, Patrick Roy.

The game is Thursday night at the Pembroke Memorial Centre at 7:00. The event is in support of the Special Olympics and the Law Enforcement Torch Run. For more information, click here.