Ontario moving into phase two of its COVID-19 vaccine program 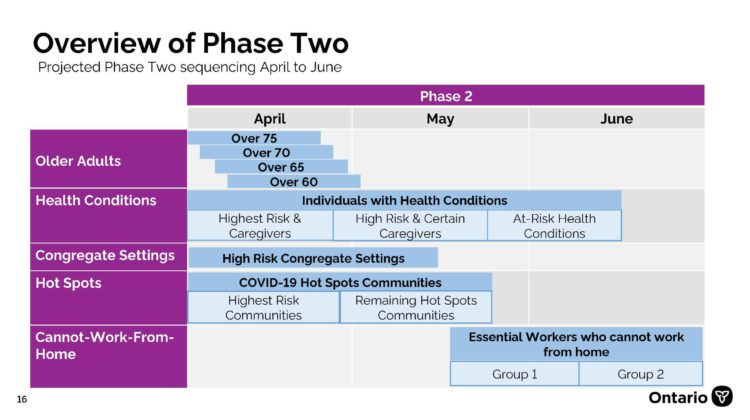 Ontario has administered over 2.6 million doses of COVID-19 vaccines.

Officials say as of yesterday (Monday), over 322,000 Ontarians have been fully immunized.

They add all of the AstraZeneca vaccine doses that expired last Friday were given before they expired while another 116,700 COVISHIELD doses were also delivered to all 34 public health units over the long weekend.

Meanwhile, officials said the four-month wait time between vaccine shots will be cut short for specific high-risk populations in an effort to increase protection by getting them the second shot faster.

The province also released a detailed list of hotspots in 13 public health units, which will now be factored in for vaccine allocations.

Adults 50+ in hotspot communities across will now also be prioritized as part of the second phase of vaccinations. 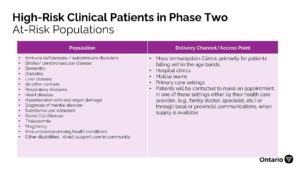 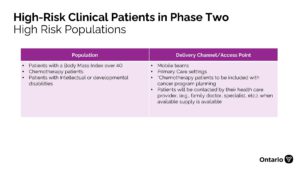 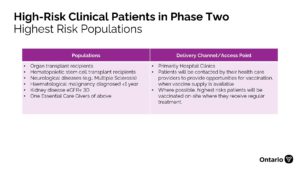