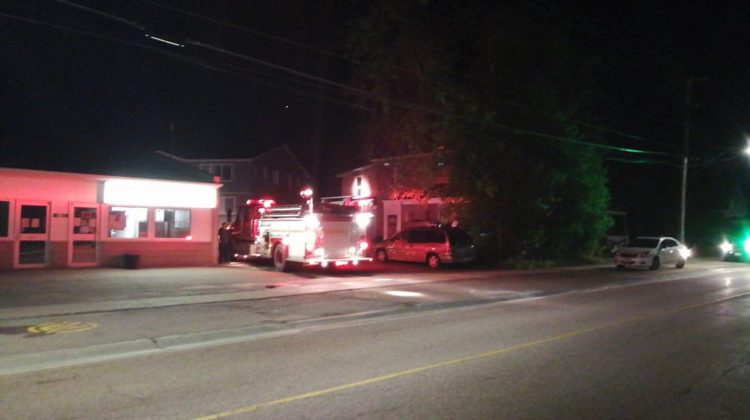 Police and fire responded to a blaze on Bay Street sometime around 10 PM. A unit inside had caught fire, causing extensive interior damage. Madawaska Valley Fire Department responded with three trucks and 12 firefighters. 3 OPP officers were also on scene. Firefighters found excessive smoke at the scene, realizing the fire was on the second floor. The fire was contained to the area of origin and caused massive damage to the second story. Only minimal damage was done to the front apartment. MVFD credits the person living in the front apartment with slowing the fire with an extinguisher.

The fire department were able to leave the scene sometime after midnight. No injuries were reported. MVFD says that the cause of the fire may never be known due to the extent of the damages. One person has been displaced because of the fire.