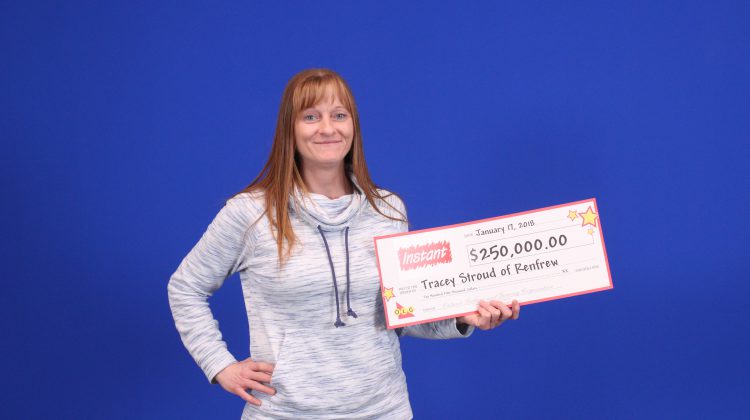 A woman in Renfrew will no longer have to worry about her mortgage.

That’s because she won $250,000 in the lottery last week, according to OLG. Tracey Stroud won playing Instant Mega 7s, and says with her winnings she plans on living mortgage free. Stroud also says that a trip to England, Ireland and Scotland will be in the works, and that she’ll save the rest of her winnings.

According to OLG, the winning ticket was sold at the Mac’s on Raglan Street in Renfrew.