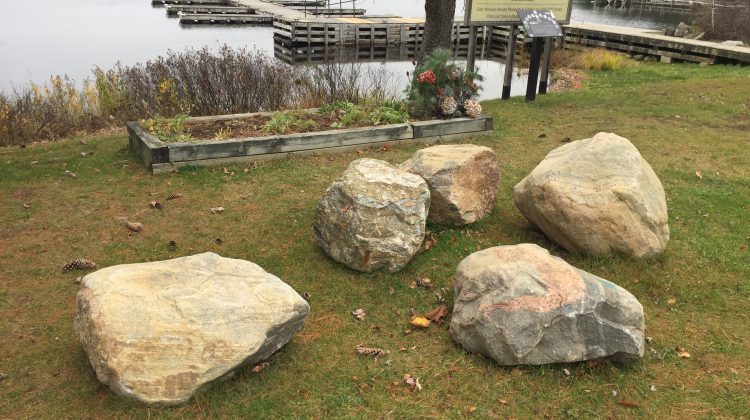 The Madawaska Valley Township is trying to figure out where five rocks in Combermere came from.

The rocks in question are at the boat launch in Combermere and its thought they were placed there earlier in 2017 by township staff. Of the five rocks, two of them have small plaques on them. The plaques read “Ronald McComber” and “The Clelland Family”.

The township was been unable to trace the history of the names to the Mayflower Wreck or surrounding areas.

There have been complaints about nearby residents about the large rocks to the township.

A motion was put forth at council to have the rocks moved to a municipal yard, but was not seconded.

Anybody with the origin of the rocks or the plaques is being asked to reach out to the Madawaska Valley Township.