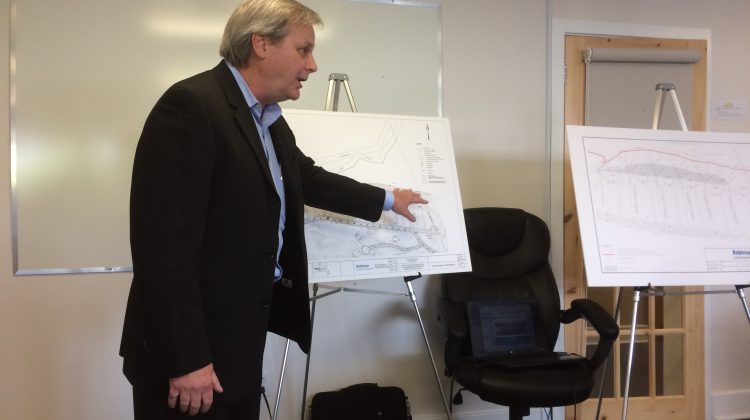 The Township of Madawaska Valley has given Robinson Land Development permission to go ahead with its plans as part of a new sub division planned to go up on Bark Lake.

Neil Enright and Sean Czaharynksi from Little Bark Lake Development will now give new homeowners the option to build slightly closer to the banks of the lake.

Enright says based on the recent record-numbers in flooding, there was enough evidence to determine there would be little-to-no risk to build in a previously cordoned off area.

The township is asking the developers to include an indemnification clause should they choose to build in the zone, which is still more than 30 metres from the shoreline.

The project for the area’s newest planned subdivision will move forward with the additional changes.