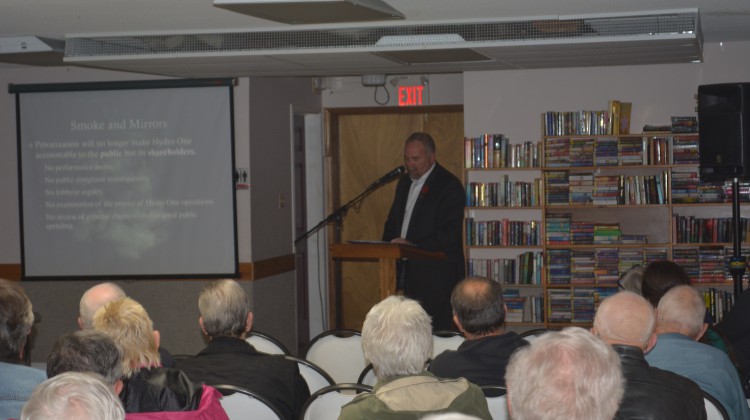 A local MPP says the provincial government needs to act to reduce the cost of hydro in Rural Ontario.

This comes after North Hastings residents gathered on Woodview Lane on Tuesday to voice their concerns about the cost of hydro.

Prince Edward-Hastings MPP Todd Smith was there, and says renewable energy contracts have already cost the province over $9-billion more than they should have, which has contributed to the increase in electricity costs.

Smith says, although there’s nothing wrong with renewable energy, it is the least consistent form of electricity.

Smith says the PC party will continue to pressure the provincial government so it stops providing subsidies to energy producers.

The party will also work on developing a plan on how to regain control over electricity rates in the province.