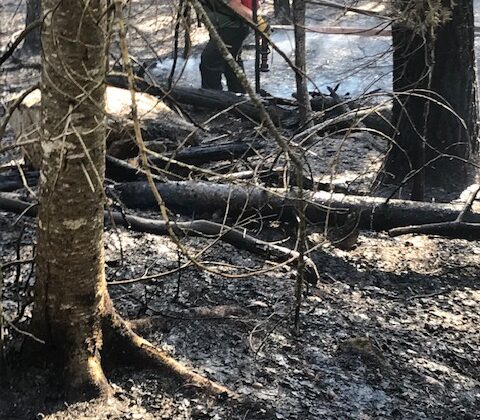 There appears to be no rest for the Madawaska Valley Fire Department.

The Department says two wildfires happened four hours apart on Tuesday, May 10th. The first one began at 12 PM on Highway 62 near Combermere. An acre of bush was burnt, and firefighters were on scene for less than an hour. The fire was caused by someone losing control of a brush burn.

Then around 4 PM, the Department was called to a wildfire on Highway 60 in Barry’s Bay. The fire was found to be burning towards a number of homes, and firefighters extinguished it within 10 minutes of arriving on the scene. Firefighters credit a young girl with discovering the fire, and alerting her grandmother, who called 911.

Charges have been laid in both cases, with Fire Chief Corwin Quade saying that both were started during the daytime burn ban. Because a broader burn ban would not have stopped these fires, Quade says he will not impose one at this time.