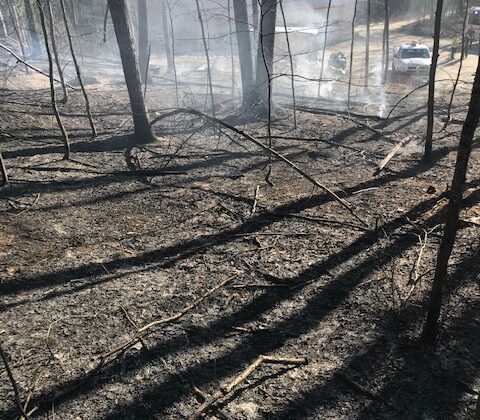 The first wildfire of the season in Madawaska Valley has been quashed by the Fire Department.

Firefighters responded around 5 PM on May 6 to a wildfire on Airport Road. Firefighters took two hours to put out the fire that burned four acres of bush and trees. An unattended burn barrel was determined to be the cause of the fire, as strong winds blew embers into the wooded area. Charges have been laid as a result of the blaze Fire Chief Corwin Quade is reminding residents that burn barrels are illegal in Madawaska Valley.

Despite the incident, Quade will not put a burn ban in place as of yet. He says if incidents continue, however, he will be forced to as the risk of a wildfire is now high. He is urging people to use extreme caution while burning, and reminds residents that burning can only take place one hour before sunset and one hour after sunrise.

Close to home, the Bonnechere Valley Fire Department has already imposed a level one burn ban. The ban means no open-air burning will be allowed except for the standard two-foot-by-two-foot campfire and Burn Permits will also no longer be issued until further notice.