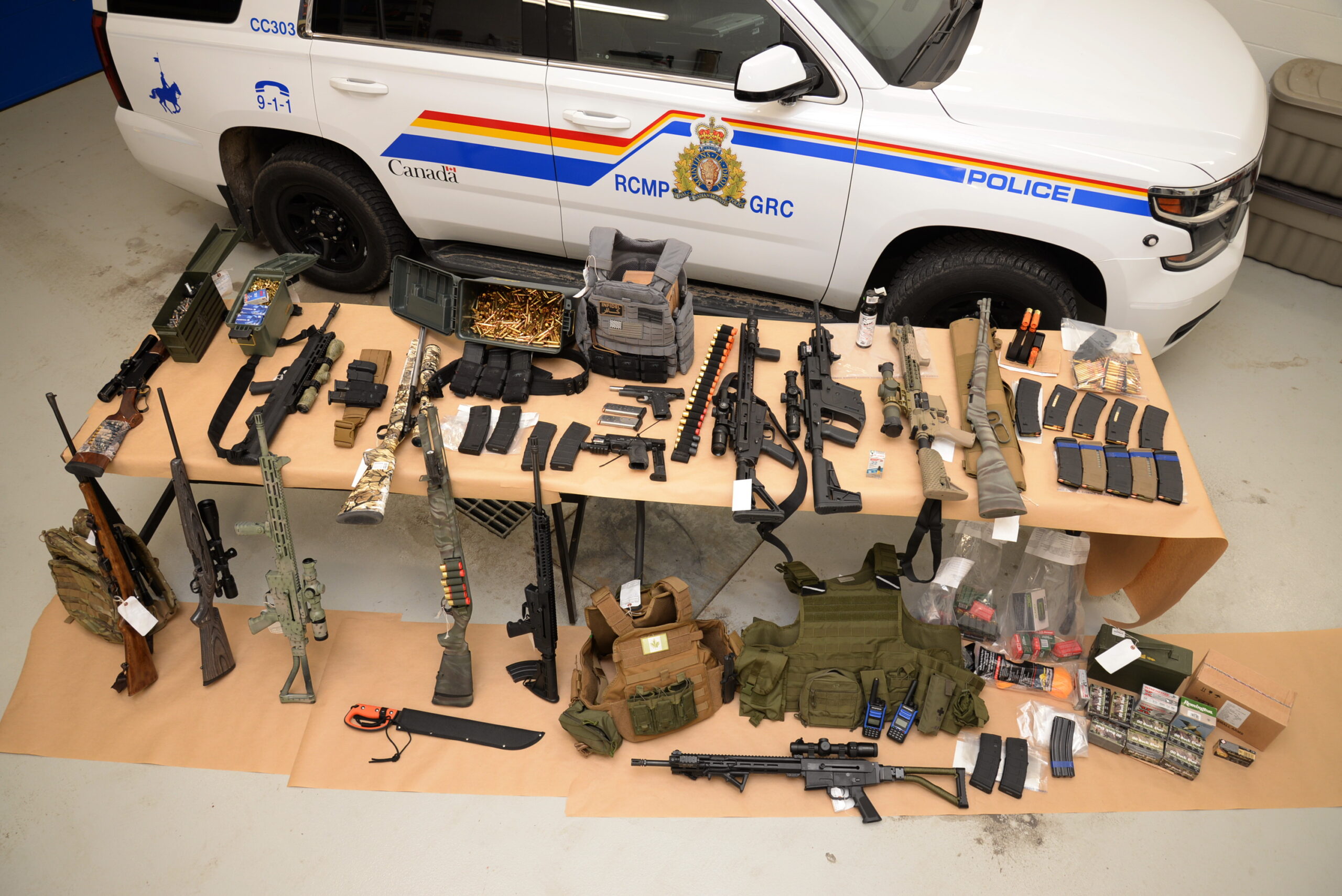 After snarling traffic at the Coutts Alberta border crossing for the past 18 days, the last of the demonstrators have left.

They started to leave Monday night when RCMP arrested 13 people earlier in the day after seizing firearms, ammunition, and body armour. The remaining trucks started to move out Tuesday morning.

The federal government invoked the Emergencies Act giving police more powers late Tuesday.  As well demonstrators were warned that any company with a truck involved in a blockade will have their corporate accounts seized and insurance suspended.

At the Pacific Highway border crossing in B.C., police say they have arrested 16 people.  The arrests were made on Monday and vehicles blocking the road have been removed.  Traffic is now moving in both directions and the Canada Border Services Agency has resumed services.

In Emerson Manitoba trucks continue to block the border crossing however RCMP says essential vehicles are still getting through.  Police say as of Monday night no arrests have been made.

Meanwhile, in Windsor Ontario police say 46 people have been arrested in the protest at the Ambassador Bridge. Since the demonstrations began, 90 charges were laid with 37 vehicles removed. The charges include 43 for breaching a court order and another 43 for Mischief over $5,000. Traffic began flowing again across Canada’s busiest border crossing on Monday, after police broke up the week-long truckers’ protest.

Ontario government caps rent increases at 2.5 per cent for 2023

St. Francis staff clarify use of emergency department as summer gets underway