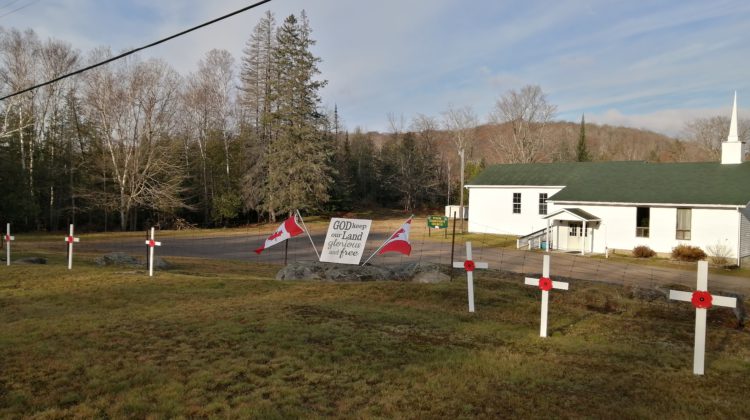 If you’ve driven down Highway 62, you may have noticed a large Remembrance Day display right outside Purdy Community Church.

Jonathan Germain, Pastor at Purdy Community Church, says the push to create it came from a bible study session. When the conversation turned to the men and women who served in the wars, many members of the congregation knew someone who had passed away. The pastor says as a result of this conversation, he and the church wanted to do something to remember the men and women who fought.

Germain feels that Remembrance Day is “slowly disappearing into the background”. With the display he wants people, especially youths, to remember the cost of the war. From the human lives lost to the things ordinary people had to give up for the cause, Germain says he does not want people to forget. In particular, he does not want the public to forget about why they fought. He says while war is an evil thing, those who served did it to preserve freedom, and “freedom is paramount”.