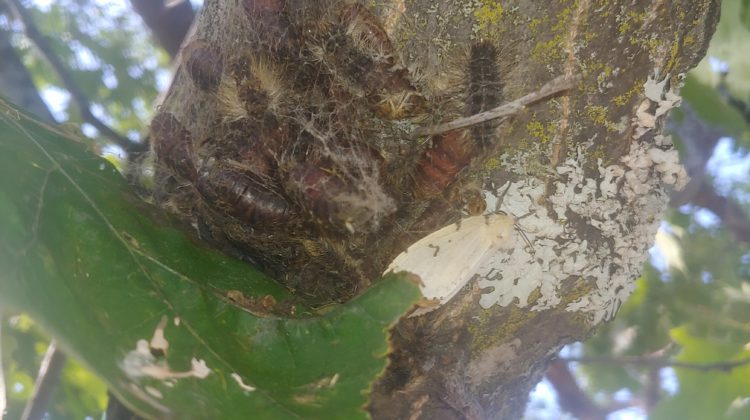 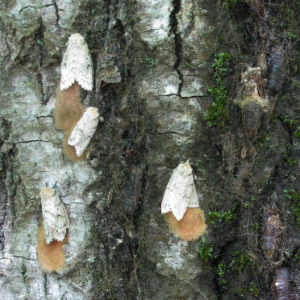 It’s a small task that can help the fight against the LDD moth, also known as “Gypsy moths”.

The Ministry of Northern Development, Mines, Natural Resources and Forestry suggests that while you are cleaning up your yard in November, keep an eye out for clutches of LDD moth eggs. Jolanta Kowalski with the Ministry says the fall is the best time of year to remove them. She recommends putting on gloves, picking off the clusters, and putting them in a bucket of soapy water.

In the spring, landowners can put bands of burlap around their trees. The larvae will congregate in that area and can be physically removed and killed. Kowalski also recommends using the bacterial BTK pesticide in the spring and asks landowners to work with neighbours to combat the spread of the moth. Kowalski recommends doing as much work to combat the moths as possible in the early months of the year.

In 2021, the Ministry saw an increase in defoliation across Southern Ontario in the Kemptville, Bancroft, Pembroke and Peterborough districts. There has also been growing defoliation in the Ministry districts of North Bay, Parry Sound and Sault Ste. Marie.

For more information, Kowalski recommends taking a look at the LDD tab on the Ministry website.