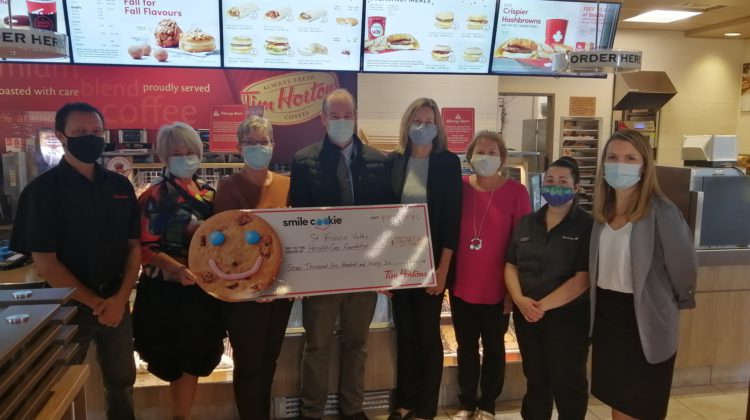 It was another successful Smile Cookie Week in support of local health care.

While this year’s total is shy of $8,100 the Foundation raised last year, it is still one of the larger amounts raised since the campaign began. Over the last seven years, the Barry’s Bay Tim Hortons branch says it has sold a total of 38,695 cookies in support of local healthcare.

Erin Geinow, Executive Director with the Foundation, credits the success to the generous community that supports local healthcare year after year. She also thanked owner Jason and Olena Armstrong for the work of him and his staff at Barry’s Bay Tim Hortons, as well as all the volunteers who pitched in for the week.

Geinow says despite the wrapping up of the campaign, they are still gunning to fundraise. She says foundation staff are starting to plan their winter campaign, and are also continuing their Catch the Ace lottery, which draws every Thursday.