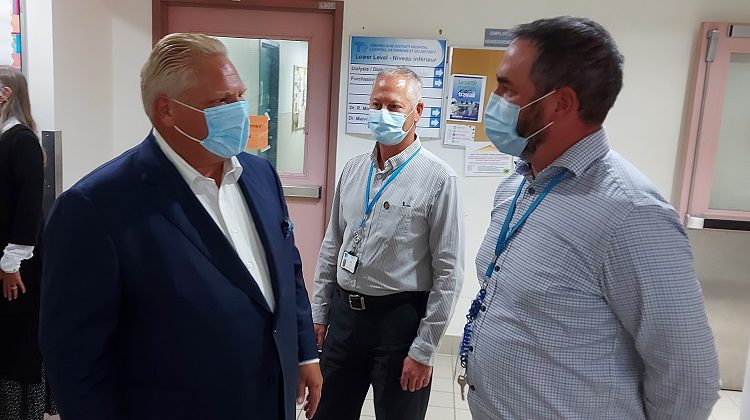 In Timmins on Monday, the Premier told reporters his government has spent hundreds of millions of dollars with colleges and universities, to train much needed workers.

“We’re even teaching kids and putting the idea in their head right from Grade 6 now, that we never did before,” he noted. “Then we have co-op opportunities as well that they can be involved in in Grade 11 and 12 and we’ve been working with the unions.”

Ford adds that he has told Prime Minister Trudeau that we need more immigration to help ease the shortage.

He also said he told Trudeau that CERB has to end.