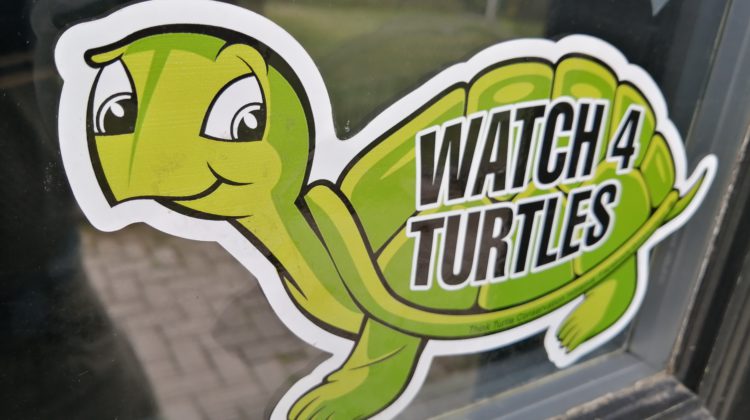 The summer of 2021 has been kind to turtle hatchlings.

Kelly Wallace of the Think Turtle Conservation Initiative says thanks to the cool weather and rain we saw around August, more turtle eggs hatched. “One of the really amazing things that have gone on is because there was so much rain it allowed more nests to get past the predators,” she explains. “Turtles leave a scent when they nest and it can linger for two to three weeks, but the rain helps dissipate it.”

The recent weather has also pushed back hatchling season with some of the nests Wallace watches over only just now hatching.

Ontario Parks estimates that less than two percent of turtle hatchlings survive into adulthood. Wallace says that’s due in part to turtles being creatures of habit. They normally go back to the same nesting sites every year. “Predators know that as well,” she says. While most nesting locations are known and looked after, Wallace points out that there are still many they don’t know about. The other leading cause of hatchling deaths is road mortality. “Unfortunately for hatchlings if their nests are by the road, most will end up on the road,” she says. Ontario Parks explains that the silt and gravel on the sides of the road make it easy for turtles to nest and keep it warm.

If they manage to get to a body of water, Wallace explains they aren’t home-free. “They stand a very strong chance of being spotted by predators – both in the air and the land,” she says. Instinctively, hatchlings might head to open water, which isn’t where they want to be. She describes that as them heading into the mouth of the beast because of how easy they become to spot.

Wallace says it takes some turtles – like snapping or blanding’s – up to two decades to reproduce. Noting hatchling’s low survival rate, she says that makes it even more vital that the baby turtles are protected and sheltered from predators.

If someone spots a hatchling, Wallace says to find the nearest body of water in the direction it was pointing. Find a shallow area of water, primarily near vegetation, and leave the hatchling there. Wallace says the vegetation is important because it gives the hatchling a place to hide and rest. “If we can see it, a predator can see it,” she adds. “I know it doesn’t sound like much, but that can make the difference between more hatchlings surviving or dying.”