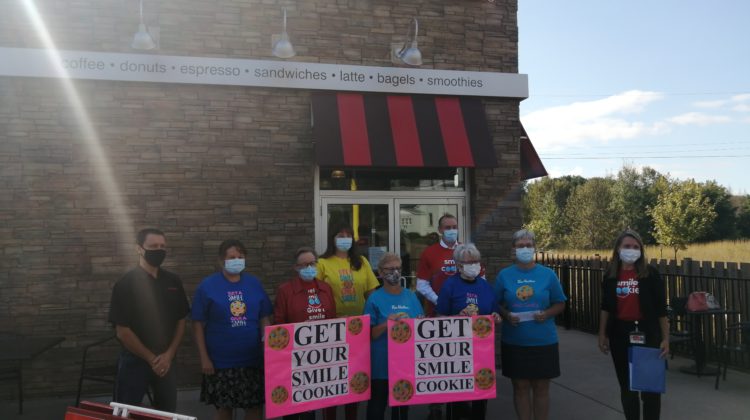 It has been a major fundraiser over the last six years for the St. Francis Valley Healthcare Foundation, and it’s starting up again.

The 7th Smile Cookie Campaign kicked off Monday morning, with members of the Foundation on hand to launch the event at Tim Hortons Barry’s Bay location. The chain will be selling the special cookies until September 19th. They will be selling for $1 each, with all proceeds going to the Foundation.

Jason Armstrong, owner of the Barry’s Bay Tim Hortons franchise, says the location typically does well in cookie sales for the week. In years past, the location placed sixth among Eastern Ontario locations for total cookie sales.