Lakeshore Beach closes for third time because of bacteria 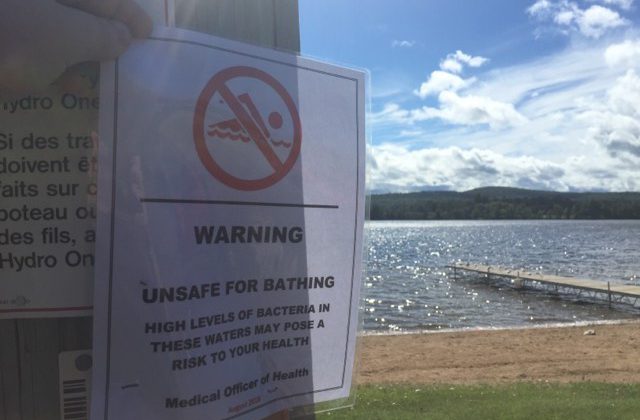 Lakeshore Beach hasn’t been getting much use this summer.

For the third time this year, the Renfrew County District Health Unit has placed warning signs around the Barry’s Bay beach. Madawaska Valley Township says this is due to higher than acceptable levels of bacteria in the beach’s water. The health unit says swimming in the water can cause adverse health effects.

Manager of Healthy Environments with the Health Unit David Tantalo has confirmed that E-coli has once again been detected in the water, but says the source of the bacteria has not been pinned down.

While the beach could reopen again by the weekend, Tantalo says that the status of the beach will be put in an odd situation if the bacteria remain in the water. With the Health Unit wrapping up its beach testing this week, the beach could be closed until next spring if E-coli is still present. Tantalo says they would work with the Township to decide how to go forward.

This is the third time the beach has been closed for swimmers this summer. E-coli forced the beach to be closed in July, and high levels were again detected in the water in August.