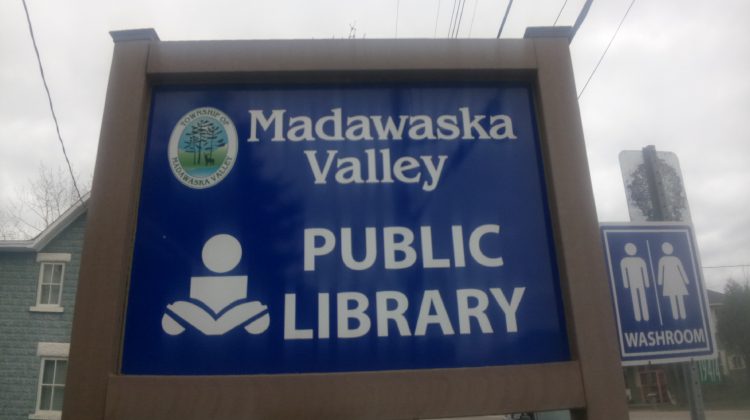 According to Madawaska Valley Public Library CEO Karen Filipknowski, the last six decades have seen tremendous change for the institution.

The Library will be celebrating its 60th anniversary on Saturday, August 21st. From just a tiny space in the Township offices in 1961 to the expanded service it has seen now, Filipknowski says the research into the history of the library has been fascinating. With only a small selection to start out with and only open 2 hours a week, the Library has grown to offer computers, internet, online content and interlibrary loans, with 37 hours of operation a week.

Filipkowski says the most striking thing about the history of the library is the support from the community to expand. In the early years, children were taking out so many books that the people of Barry’s Bay and beyond knew the library needed to move out of the Township offices. Filipkowski predicts that in the first six months of the library being opened, they lent out over 3,000 books.

In 1985, an expansion was built to the library and a few years later, internet and computer services were installed. Throughout it all, Filipkowski says the library managed to make it work and the community managed to help out.

For the festivities on the 21st, there will be online and in-person components. The library has recently launched a podcast on the Opeongo Line platform, where they will be reading newspaper articles detailing the history of the location. A gallery will also be set up on the website and will be accessible through social media.

For the Saturday celebrations an outdoor festival will be held, complete with live music, refreshments, activities for children and several photo albums. She says some residents may see themselves as children in the photos, and it will be a nice trip down memory lane. She hopes to see lots of people there as they celebrate the six-decade history of the Madawaska Valley Public Library.