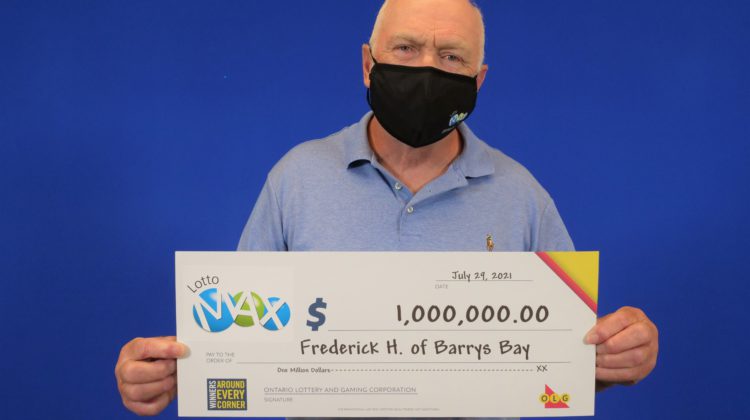 Life just got interesting for Frederick Hubbard in Barry’s Bay! Frederick visited Lorraine’s Pharmasave and purchased a ticket for the June 15th Lotto Max Draw.  After playing the lottery for decades, he checked his tickets like he had many times before with little expectation of any ‘big’ winnings.  The retiree says he purchased $10 more worth of tickets than he usually would.  And it paid off in a big way as he was the winner of a one-million-dollar prize!

He says he was at the gas station checking his tickets when he discovered his big win. “I saw all the zeroes and just about died! I paid for my gas and went straight home to tell my wife. She was more excited than I was!”

Frederick is a father and grandfather and says he plans to share his winnings with his children, make some investments and put some money aside to travel when it’s safe.

“I can’t describe this experience. It’s nice to know my family is taken care of,” he concluded.