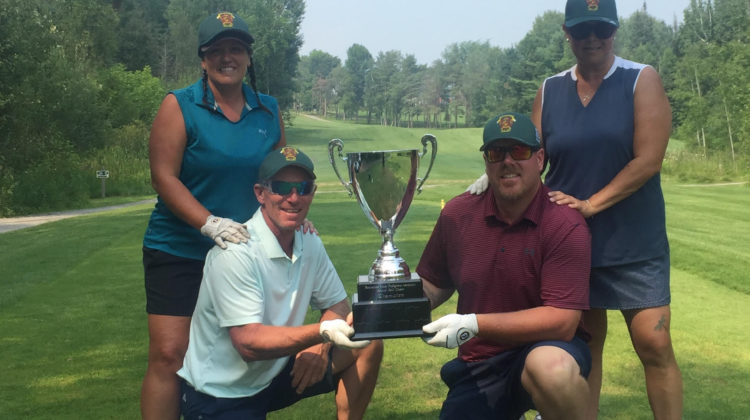 It was a successful first run for the Bonnechere Valley Firefighters Association Golf Classic.

With 118 golfers participating this year, the inaugural fundraising tournament was able to rake in $7500. The money will go towards purchasing equipment for the Bonnechere Valley Fire Department.

Among the winners of this year’s tournament were Kerry Andrews, Kim Schruder, Kevin Andrews and Rick Schruder, who took the title of Championship Team. The team shot a low score of 63. Rick Schruder also won the “Closest Approach” award, and Kim Schruder won for the ladies’ longest drive.

Other winners included Mark Lalonde and Brian Baynham for longest putt, and Carson Agnew for the “Closest to the Pin” award. The “Bologna shot”, awarded for the worst drive, was given to Sherily French and Bonnechere Valley Firefighter Noah Beaton.

Organizer Keith Good says they are looking forward to doing a bigger tournament next year and congratulated all the golfers involved.