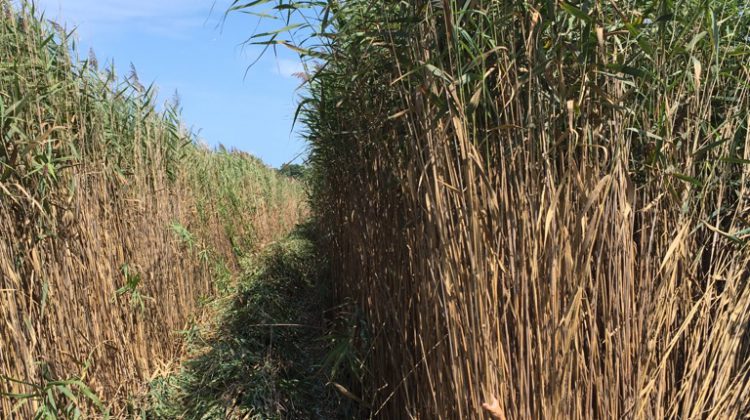 Growing concern about an invasive species is pushing Madawaska Valley Township to act.

Phragmites are an invasive species that spreads quickly and can crowd out native vegetation. According to the Ministry of Natural Resources and Forestry, some of the vegetation that is crowded out provides food for species at risk, and Phragmites are not a good substitute for those species. As well as depleting the soil of both water and nutrients, their dry stocks also make them perfect kindling for wildfires. They can grow in dense packs, and reach up to five meters in height. The difference between invasive and native Phragmites is their beige colour and how closely they grow together. They have been described by Agriculture Canada as the worst invasive species in the country.

The municipality has thrown its support behind resolutions from several other townships over the Phragmites invasive species. They are urging all levels of government to support a management plan to combat the species. As roads and highways are where the invasive species like to spread into the ecosystem, they are calling on federal and provincial transport ministers to back the plan.

Madawaska Valley Mayor Kim Love says to combat such a species requires buy-in from all levels of government. Because these species don’t discern between federal, provincial, county or municipal land, no one level of government can expect to combat the species. Particularly to Madawaska Valley, a plan needs to get all 4 levels on board due to the high amount of crown, provincial and municipal land within the township. She points to some municipalities that are dealing with the species and are finding that they can remove all the plants from their municipal roads, but the moment they find them on provincial roads, they no longer have jurisdiction to remove the plant from there. The plant can then spread freely back onto municipal roads after that.

Love says that she can’t say with certainty how widespread the invasive Phragmites is in the Madawaska Valley. However, the mayor acknowledged that the species is growing at a steady rate across the province