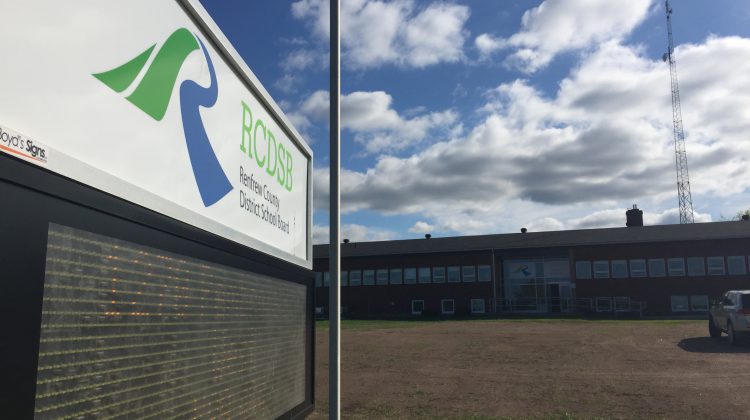 Although Pride Month has begun, the Renfrew County District School Board won’t raise the rainbow flag just yet.

Communications Manager with the School Board Jonathan Laderoute says due to the discovery of the graves of 215 Indigenous children in Kamloops BC, the Board made the decision to fly flags at half-mast for the rest of the week. They reached out to Pembroke Pride, who they partner with for the month, and both groups recognized the importance of keeping the flag at half-mast. The Board will fly the Pride flag at all of its schools on June 7th.

A number of conversations are already taking place amongst teachers and staff at Renfrew County schools about how Indigenous History Month will be taught. Laderoute says that teachers are meeting online to make sure they are comfortable with talking about the legacy of residential schools, and to make sure that discussion is honest and sincere. With the Algonquins of Pikwakanagan First Nation within the district, Laderoute believes they have the resources to have that discussion. The Board and the First Nation already have a good working relationship, with aspects of Indigenous culture promoted in the curriculum. The most noteworthy is a math course at Eganville Public School that incorporates traditional beading techniques that help grade school students learn math.

As for Pride Month, Laderoute says after this week they will also incorporate the values of the month into their schooling. The values of inclusion, acceptance and equality are core concepts for the Renfrew County District School Board, and they plan to honour them during the month of June.