“I appreciate everyone who came through that door”: Baykery owner reflects as new business moves in 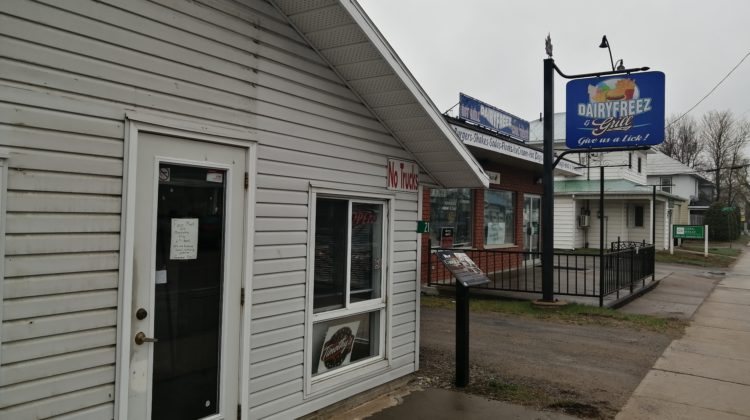 After 12 years in business, owner Rosemary Stamplecoskie is stepping away from the Baykery in downtown Barry’s Bay.

Stamplecoskie says both the Baykery and neighbouring Dairy Freez and Grill will change hands with the bakery building being leased and the Dairy Freeze sold to new owners. While the Baykery building is now going to host a new business, the Grill will operate under the same name and menu but fall under new management. Stamplecoskie is working closely with the new owners and says she is excited for them and wants to help them out as much as possible.

Currently, the Baykery is selling off its equipment as the new lessees have a different idea for the business in Barry’s Bay. While the auction has only been running for a few days, much of the equipment has already been sold. Stamplecoskie did not say what new business would be going into the new location. Her message to the new owners is to take care of the good people in the local community.

In her retirement, Stamplecoskie is looking forward to some much-deserved and appreciated relaxation and time off. She describes her work at the two businesses as a 7-day-a-week job that took up much of her time. While now she’s not sure how she did it, she feels that getting into a rhythm helped her get through all those years. With more time on her hands and still owning the Baykery property, some changes to make the front of the building better may be in the works. As for the community, Stamplecoskie says their support and appreciation have kept her motivated all these years, and is excited to work with them during her retirement. If there is one thing she’ll miss, it’s the social end of the business and interacting with the community. But in the end, she felt that now was the right time to retire. In the 12 years of the Baykery and 22 years of Dairy Freez, she says she had a wonderful time.