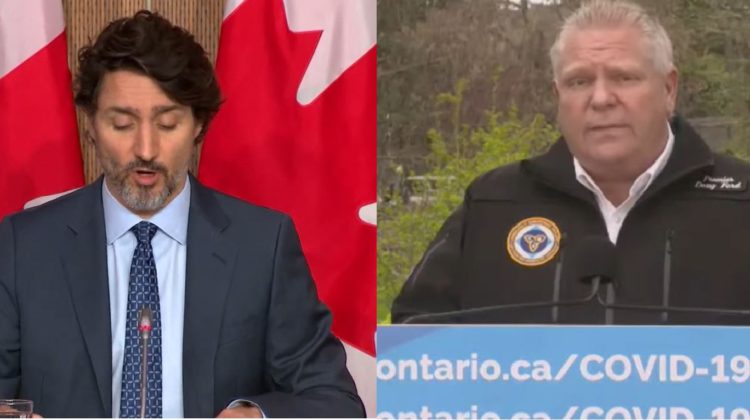 Ontario Premier Doug Ford is calling for tougher border restrictions amid the third wave of COVID-19.

Ford is asking the federal government to suspend the arrival of international students into Ontario for the time being.

In his Friday update, Prime Minister Justin Trudeau said Ford made the request in their call Thursday night in an effort to curb the spread of COVID-19 cases coming in from other countries.

Ford says not enough is being done to keep the virus from coming into Canada.

Trudeau said his government will be working with the province on the matter.

“Because at this time Ontario is the only Province requesting this, we’re happy to work more narrowly with them and we’ll be reaching out to their officials today to formalize that request” said the Prime Minister.

He also said the federal government is ready to provide support in Alberta if the need arises after that province just reported its highest daily case count since the pandemic began.