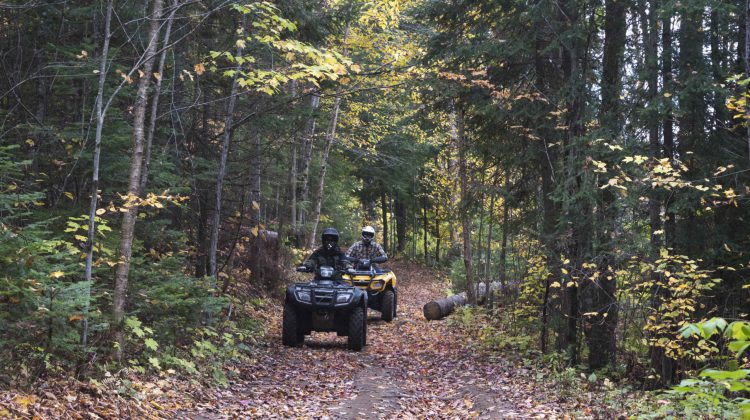 The Renfrew County ATV Club is looking for people to help develop their trails around Madawaska Valley and South Algonquin.

RCATV President Teresa Hebb says trails are developing in Madawaska Valley, South Algonquin and Hastings Highlands thanks to the recent joining of Hastings County trails to the larger Ontario Federation of ATV system, letting one permit be used for all trails. In addition, with new trails being planned for these and surrounding townships, there will be a lot of work to be done in the future. However, Hebb says they are all volunteers, and while local businesses and tourism rely on their work, they are in need of people to build trails, do paperwork, meet with councils and locals, and following up with volunteers and riders.

That is where the directors come in. Hebb praised the work of Dan Finos, the current director of Madawaska Valley. In his second year, Hebb says that his work has allowed them to better support the Barry’s Bay trail system. She says he is always thinking of new ways to connect communities in those areas and helps inform RCATV decisions. However, because it is a lot of work for one volunteer, they are looking for an alternate director for the area. While both directors would only have one vote between the two of them, they would share responsibilities and would bring concerns to the board.

Hebb also wants to find a director and alternative director for the trails in South Algonquin, better known as the Logger’s Loop between Madawaska, Whitney and Lake St. Peter. She says it’d be better to get local trail enthusiasts from that area, as opposed to sending a director from across the county to oversee those trails. With OFATV trails now reaching into Hastings County, there is talk about bringing the Bancroft area into the loop so they can develop a trail system between South Algonquin, Bancroft, Maynooth, Combermere and Barry’s Bay. But as Hebb reiterates, it’s all based on volunteer work.