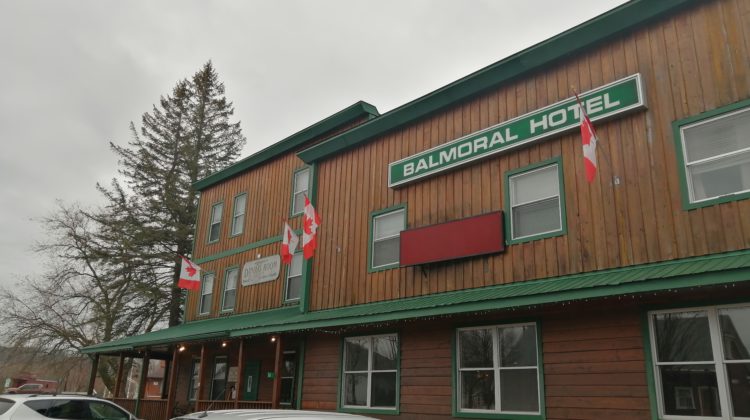 The Balmoral Hotel in Barry’s Bay has been listed for sale.

The historical location appeared on Realtor.com in late March. The site says in its description that the owners are retiring. The hotel is listed for $850,000.

The building is one of the oldest in town and replaced the original Billings Hotel which was destroyed by fire in 1899. That hotel was built by Josh Billings before the first trains arrived in 1894. Before the rail service dried up in the mid-20th century, it was the first stop for most travellers using the rail system. The hotel even housed the Post Office in Barry’s Bay until it moved to its current location in 1936. The site is one of several on the Barry’s Bay Heritage Walk, which includes historical locations like the Train Station, the Mayflower Wharf, and the Water Tower.

Despite being over a century old, the Balmoral was the second hotel to be built in Barry’s Bay, the first being the Blueberry in 1879. That hotel served as an inn, restaurant, and apartments until 1960 when it was torn down. In its place currently stands MacEwen’s Gas Station, formerly Barry’s Bay Esso.

When contacted by Moose FM, Salesperson R Dan Young called the site a unique investment opportunity. Moose FM has reached out to the current owners, but they declined to comment until after the hotel was sold. They did confirm that they are retiring.