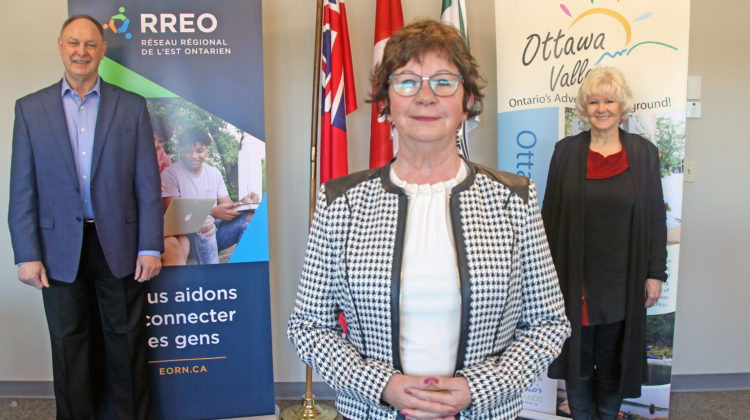 The Eastern Ontario Regional Network has announced that they now have received $300 million in funding for their cell gap project.

The Ontario Government has matched the Federal investment of $71 million. Chair of the Network, Warden J. Murray Jones, says Roger’s Communication has been contracted to build the project and will invest $150 million into construction. He says that the company has delivered a comprehensive solution to provide quality cell coverage for Eastern Ontario. A further $10 million has been invested by the Eastern Ontario Warden’s Caucus.

The Cell gap project aims to build 300 new telecommunication towers, upgrade another 300 and aims to bring cell service to 99% of eastern Ontario. The project hopes to improve public safety and boost the rural economy. Rogers says residents will see cell reception improvement by the end of the year, but due to the time it takes to erect new towers, the project will take until 2025 to complete. The first step of the project will be in upgrading existing towers. The project will use 5G technology and EORN stresses the conclusive evidence says the technology is safe.

Renfrew County Warden Debbie Robbinson says improving connectivity has been the County’s goal for a while, and the past year has shown just how important it is. MPP John Yakabuski praised the $71 million investment, and says the announcement gave peace of mind knowing businesses could provide better services to their customers, and someone could be contacted in an emergency or on the go.