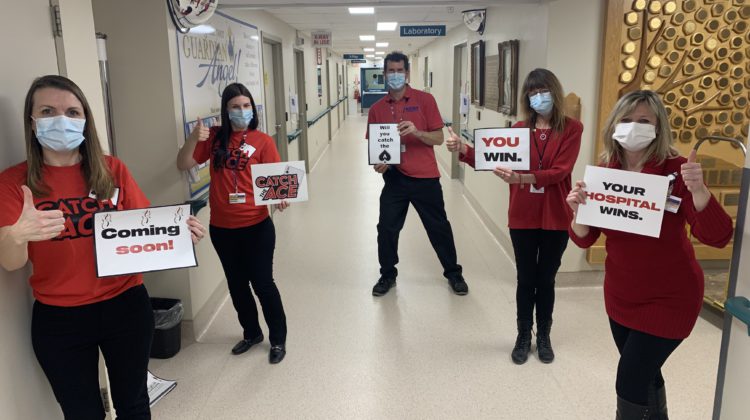 Catch the Ace is back!

The St. Francis Valley Healthcare Foundation Fundraiser will begin ticket sales on Thursday, March 25th. Tickets are once again $5, with the proceeds going to St. Francis Memorial Hospital Medical Equipment. As usual, 50% of ticket sales go to the fundraiser, with 20% being won by a weekly winner, and 30% going into a progressive jackpot. Whoever gets the Ace of Spades claims the progressive jackpot.

The list of vendors who are selling tickets has also expanded. Locations you can pick up a ticket include:

Last round, Lorna Leach of Micksburg picked envelop number 26, which held the Ace of Spades. That means Leach has won $224,183. 9,090 tickets were sold during the last week, which is a record-breaking number. The last round of the fundraiser raised over $330,000 for the foundation.