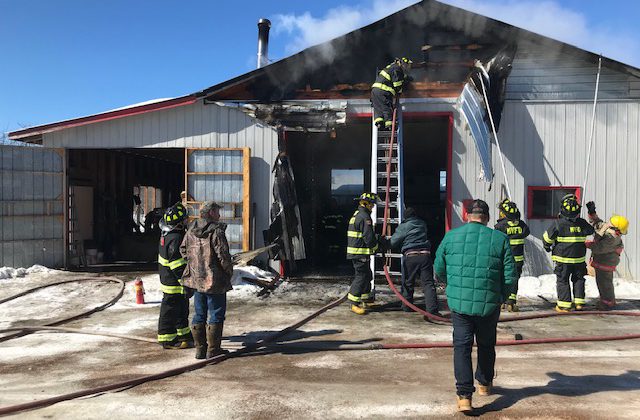 The Madawaska Valley Fire Department responded to a fire on Mask Island.

The department was called out to a garage fire on the 90 block of Mask Island Road around 11 AM on Sunday. The fire was started in a stove and spread to the roof of the building. The Department also says there were hazards that were communicated to them by the dispatchers, including gas and propane storage. The fire was contained in the roof and did not spread to the walls. The fire department responded with 5 trucks and 18 firefighters, and the crew was on-site for 2 hours. They battled the fire in sub-freezing temperatures, which the department says turned the location into a “skating rink”.

Investigation revealed a massive buildup of creosote and a 2-inch gap between the chimney and roof that may have been dislodged due to snow. The department says they were no injuries and the fire caused some $40,000 in damage.