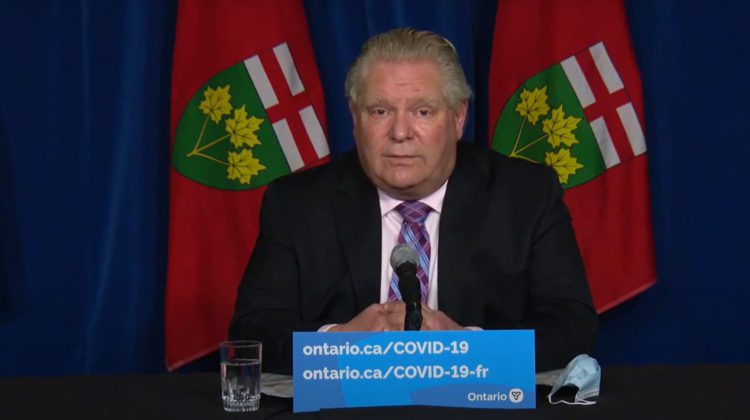 In his daily update, the Premier also says that Ontario is leading the country in vaccinations.

Asked why the province is weeks behind neighbouring Alberta in vaccinating those 75 years and older, Ford said simply, Ontario has a larger population.

He says compared to Alberta, the province also has much more residents, staff and caregivers in long-term care homes.