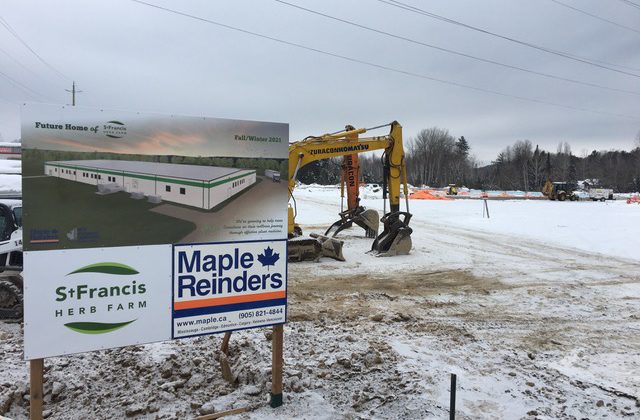 Work is well underway for the St. Francis herb farm’s expansion in Combermere.

They say that they are now in phase 2 of construction, which will see the building erected and the floor laid, as well as electrical and mechanical work done. CEO Paul Rivett-Carnac says they have sourced as much of the work locally as possible, and it means a lot to them to support the community they have been in for 30 years. Work is on schedule according to Rivett-Carnac, which was able to continue through the pandemic. Phase 3 will see the moving of the old facility to the new one.

The new facility 30,000 square foot facility will expand production and output, and create more jobs in the area. Rivett-Carnac says that the jobs will require a diversity of backgrounds, including those based in science and technical backgrounds. The expansion will allow them to participate in more markets and will allow for more innovation and expansion of their 100 products. He wants to make plant-based medicine as widely available as possible to Canadians.