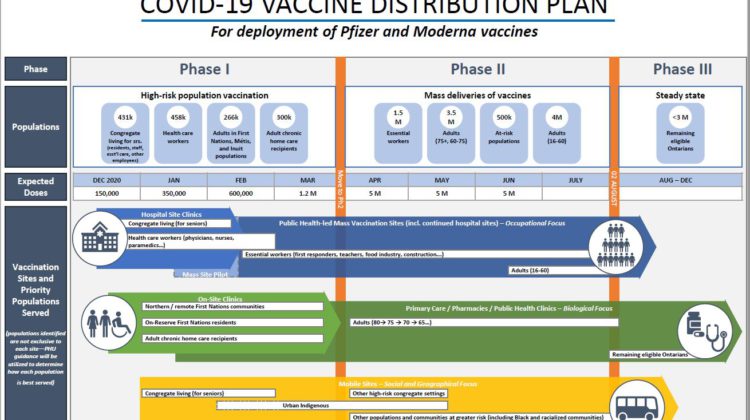 Courtesy of Ontario's Ministry of Health

In a tech briefing Wednesday, health officials said another 20,000 shots of the Moderna vaccine have also been given.

Long Term Care and retirement home staff, residents, and essential caregivers in hotspots are being prioritized as per Ontario’s ethical framework.

As for second doses, full immunizations began on January 5th with over 8,000 people in the province getting both doses Tuesday.

According to the Wednesday update, the first phase we are currently in is focused on high-risk populations and will end in March.

Phase two, designed for mass delivery of the vaccine, will see adults, essential workers and at-risk populations receiving shots from April to July.

Officials confirmed the province plans to immunize over eight million people by the end of this second phase.

The final steady-state phase vaccinating all remaining eligible Ontarians will begin in August and take until the end of the year. 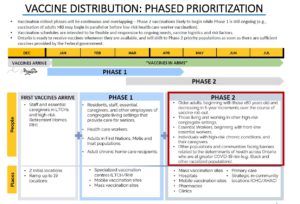 Courtesy of Ontario’s Ministry of Health