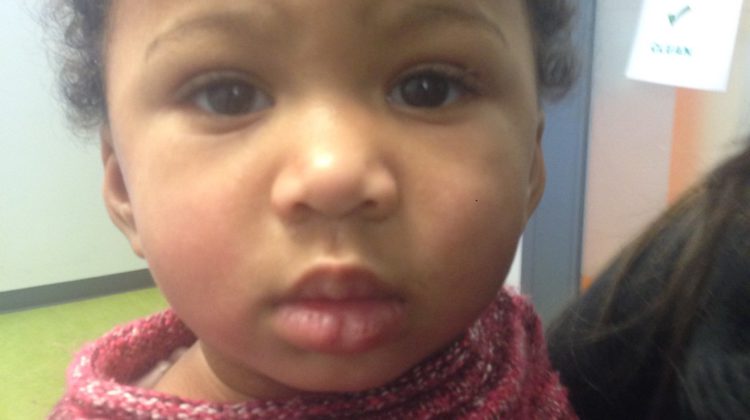 Police in Ottawa are searching for a nine-month-old girl who was last seen with her mother.

An Amber Alert was issued by police for Magnolia (Maggie) Knox on Friday, just after 3 p.m.

Police say the mother, Sherma Knox, and her child were last seen at 12:08 p.m. in the area of Lebreton Street North and Booth Street, just west of downtown Ottawa.

There are concerns about their safety.

She was last seen wearing grey pants, a long black parka, black mesh shoes, a tuque, and a beige backpack.

Anyone with information about the current whereabouts of Sherma or Maggie is asked to call 911 immediately.

If you have information that could assist investigators please contact the Sexual Assault and Child Abuse Section (SACA) 613-236-1222, ext. 5944.

Missing 9-month-old Magnolia (Maggie) Knox who was taken by her mother Sherma Knox. They were last seen at 12:08 in the area of Lebreton St North and Booth Street on foot. Sherma was carrying Maggie in her arms.
If you see them please call 911. https://t.co/QUPubWRMOa #ottnews pic.twitter.com/KojKIS6hHh