Booze with food delivery a permanent service for Ontario restaurants 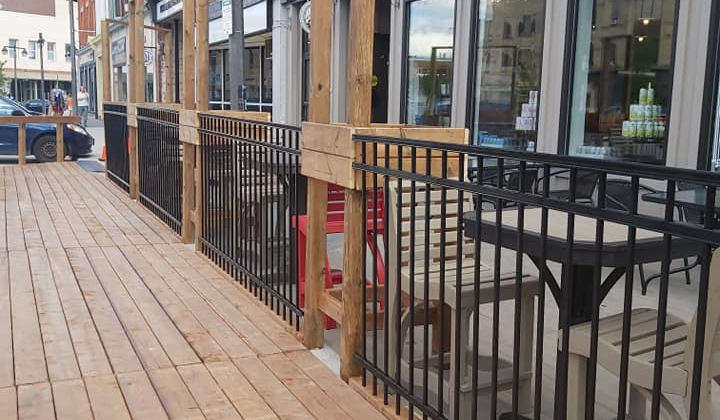 Yesterday, it announced that they are making the sale of alcohol with food takeout and delivery orders permanent.

Attorney General Doug Downey says that when they first announced the measure, people were pleased.

“The consumer was happy. They were able to get what they needed, and it helped our restaurants and bars and it helped keep them moving them along, and they employ people. Everyone wanted this, everyone acted responsibly and it worked.”

Downey said permanently allowing licensed restaurants and bars to include alcohol with food as part of a takeout or delivery order was an easy decision after how successful it was earlier in the pandemic.

“We had it in place and people had adjusted to it. We had the delivery part figured out and people were following the rules, Why not treat people like adults and let them get the service they want? It helps our economy, and it helps our small local businesses.” he said.

Additional permanent reforms for the hospitality sector will allow:

• alcohol service on docked boats by operators with a liquor sales licence;
• reduced minimum pricing of spirits consumed on-site, to align with the reduced pricing introduced for takeout and delivery orders;
• the length of time for temporary patio extensions to be set out by the Alcohol and Gaming Commission of Ontario (AGCO); and,
• for a requirement that ensures third parties delivering from licensed restaurants and bars have a delivery licence.

Downey says that when it comes to patios, it means that it too is a permanent addition to our communities.

“Municipalities have a say in some of this is making sure it’s a feature [in their communities]. But, it was hugely successful. I heard from mayors and others who are now going into their budget cycle saying we want to make sure we are supporting downtown’s and the patios that have been down there. This has started a whole level of engagement that, quite frankly, when I decided this early on, didn’t really think the municipalities would get behind so strongly,” he said.

Downey says that having restaurants and bars open up their patios this summer was a huge boost to not only the local economies but also to residents.

“I’m really proud that our government made this move. We made it early, and we were very nimble and again we unlocked something that is a new way to experience Ontario and all of our downtown and communities have to offer.”