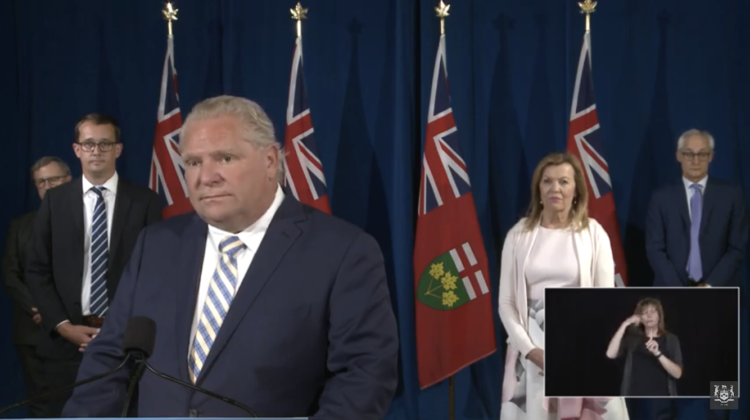 Premier Doug Ford is defending his government’s decision to hold onto billions of dollars in revenue.

The provincial Financial Accountability Office says the province was sitting on 12-billion dollars in reserve funds as of the end of September, with two of the three funds aimed at COVID-19 pandemic relief.

However, Ford says all but 2.6-billion was allocated in the budget released last month. He says hanging on to the remainder makes good financial sense. The budget also says any reserve funds remaining at the end of the fiscal year next spring will be used to pay down the deficit.