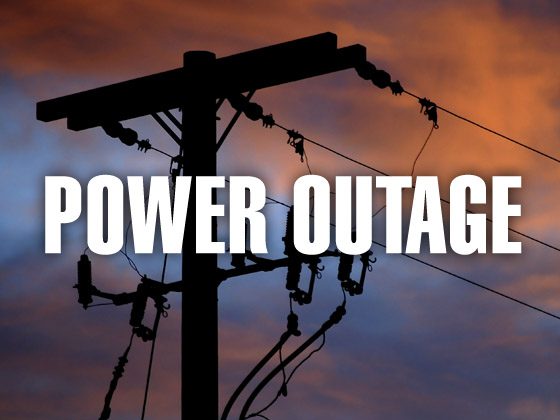 Update #1: As of 8:20 AM, the majority of power has been restored for the Pembroke Area. However, large swaths around Barry’s Bay, Killaloe and Round Lake Center are still without power, affecting some 2500 customers. Hydro One predicts the power will be back on by 4:00 PM today.

A number of outages have been reported by Hydro One around the area. Updates to be posted below.

Areas around Golden Lake will receive power by 8:15 PM, according to Hydro One. Areas around Barry’s Bay and Round Lake Center may see power around 11 PM.

Some 400 customers around Barry’s Bay are without power.

3000 customers from Killaloe to parts of Eganville have lost power.

2700 customers have been affected south of Pembroke.

A number of patches around Combermere and Kamaniskeg Lake have lost power. Around 300 customers are affected.

In addition am outage affecting 300 customers have occurred around Wadsworth and Dam Lake. Dozens of small outages across Renfrew County  have appeared, with the vast majority affecting less than 20 customers.

Meanwhile, the Cobden area has had a massive power outage that includes over 2000 customers.