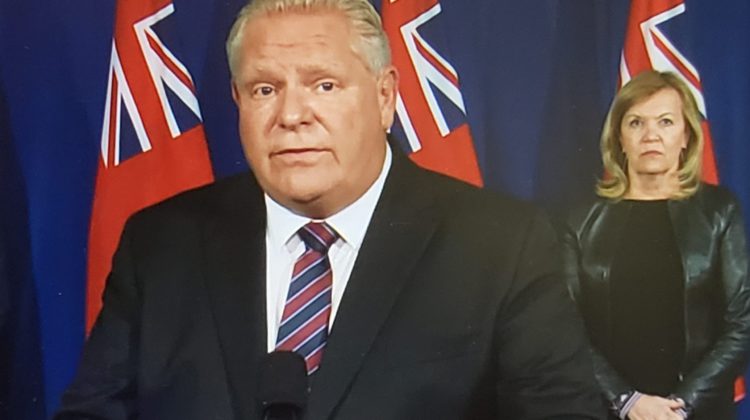 (Image supplied by CPAC).
The province of Ontario has significantly altered its COVID-19 coloured framework for reopening. A sombre and often times emotional Premier Doug Ford delivered the news this afternoon that several public health regions will be moving into more restrictive levels of red and orange especially in the southern part of the province. The province has altered the thresholds for the different tiers of the framework after a week of criticism from the medical community saying they were too loose. In his briefing today, Ford pleaded with Ontarians to follow public health advice saying nothing has depended so much on our collective actions.