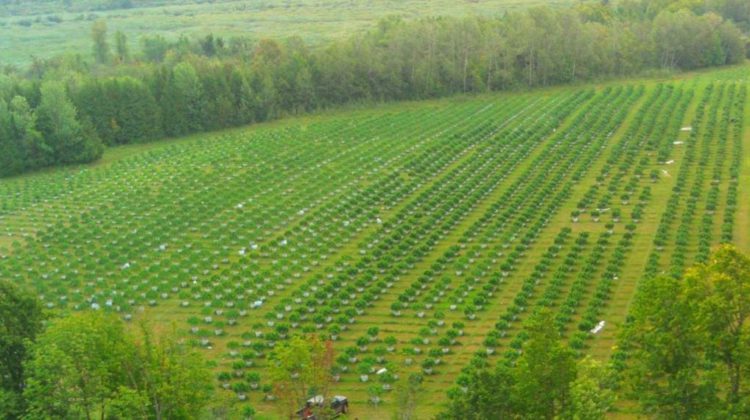 An illicit cannabis operation dismantled by OPP (Photo Credit: OPP)
OPP says they have wrapped up a massive operation related to cannabis grow-ops across the province.
They say since the beginning of July they have seized over 122,000 cannabis plants. Police put the total value of the catch at over $143 million and resulted in 195 arrests. They say the targets were involved in high-scale cannabis production, distribution and sale. OPP says these operations used loopholes in the Health Canada registration process to grow cannabis for illegal markets.
Two locations in the area were linked to these raids. One of the operations was taken down in MacArthurs Mills last month, and led to the seizure of 4000 cannabis plants. 15 people were arrested in that raid. The other operation was busted in Brudenell, Lyndoch and Raglan Township last month leading to the seizure of 8000 cannabis plants and $10000. Eleven people were charged in that raid. 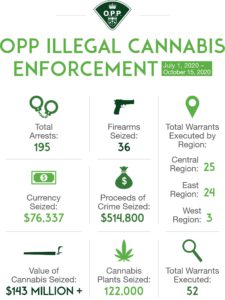