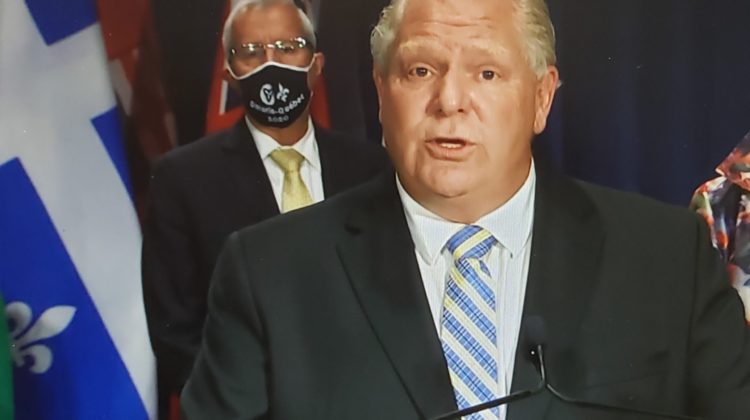 Ontario Premier Doug Ford says his province and Quebec are standing together and standing united.

Ford and Quebec Premier Francois Legault are calling on the federal government to commit to a long-term funding partnership with provinces and territories for health care through a significant increase in the Canada Health Transfer.

It comes as the first Ontario-Quebec Summit wrapped up with Ford saying the two provinces are “sending a clear message of unity and cooperation”.

The premiers also announced they will collaborate on combating U.S. protectionism, removing trade barriers, and promoting Ontario-made and Québec-made products.

The two provinces have also agreed to convene annual meetings to jointly work on shared priorities.

Canada and U.S. border to remain closed until at least October 21st