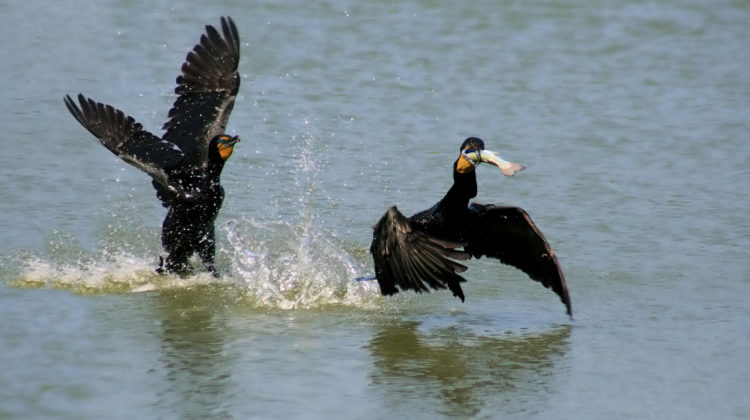 Double-Crested Cormorants (Photo Credit: Wikipedia.org)
The ministry of natural resources and Forestry have announced that they are introducing a fall harvest season for double-crested cormorants.
The ministry says that the move comes in order to protect fish stocks, as the bird can eat a pound of fish a day. In addition, the MNRF is implementing the harvest to protect natural habitat, as they can damage trees in which they nest and roost. MNRF Minister John Yakabuski says that he has heard from property owners, hunters, anglers and commercial fishers about the kind of damage the birds cause to the community. He also says that the bird’s droppings destroy the nesting habitats for some other waterbirds.
After public consultation, the province has decided to run an annual harvest from September 15th to December 31st. The first season will start this year. Yakabuski says the government has reduced the maximum number of cormorants a hunter can take to 15. The MNRF says that hunters will be responsible for appropriately identifying their target and ensuring they are hunting a Cormorant.
Details on the decision can be found here.