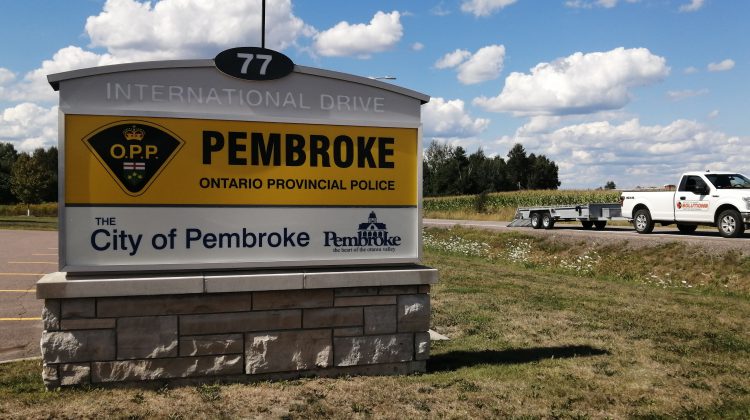 Pembroke OPP Sign (Photo Credit: Trevor Smith-Millar)
OPP are investigating a fail to remain motor collision in Pembroke and would like the public’s assistance.
The incident occurred on Forced Road just north of Boundary Road around 7 PM on July 28th. Police say a northbound pickup truck struck a northbound cyclist and failed to remain. The police describe the vehicle as a black Ford pickup, and say the passenger side mirror may have sustained damage as a result of the collision. The cyclist sustained serious injuries as a result of the collision.
Police say a motorist who stopped to assist the victim had indicated he had dash cam footage. OPP are asking this man or anyone else with information to contact police at 613-732-3332