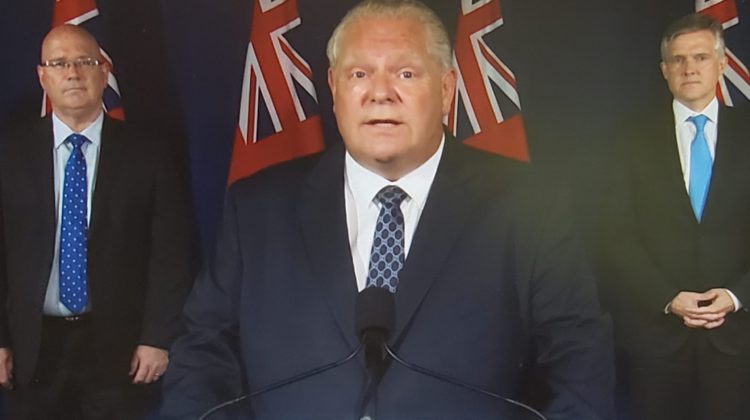 (Image supplied by CPAC).
As much as $4-billion in one-time funding is on the way to municipalities across Ontario.
Premier Doug Ford announced the funding Monday afternoon which is coming from the Safe Restart agreement between Ontario and the federal government.
Ontario received $7-billion in total through the agreement and Ford says nearly $2-billion will go to support for municipalities with another $2-billion going to transit.
Municipalities will receive funding to help with things like shelters, food banks, and public health.
Ford says the money will be rolled out over the coming weeks and the province is waiting for Ottawa to distribute their portion first.