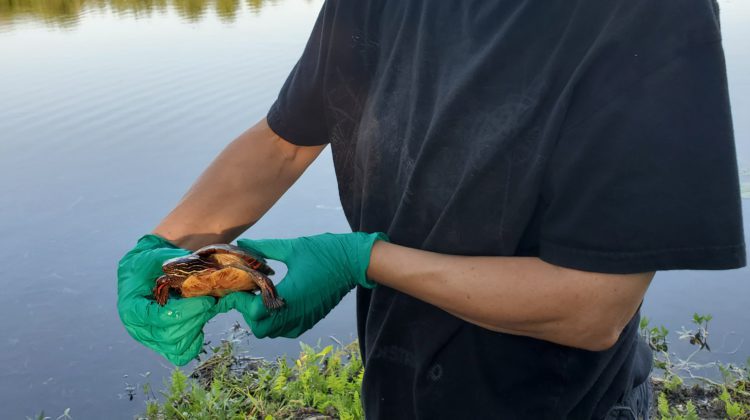 Kelly Wallace of the Think Turtle Conservation Initiative is being rewarded for the hard work she’s done over the years protecting turtles in Ontario and educating the province’s residents on them as well.

Ontario Nature has named Wallace as one of the 10 recipients of their annual Conversation Awards. “The awards honour those who do exceptional work to protect wild species and wild spaces in Ontario,” a statement from the organization reads. “Kelly was awarded the Richards Education Award for her extraordinary tireless work towards the education and protection of Ontario’s eight turtle species at risk, including the founding of the Think Turtle Conservation Initiative.”

“I was shocked,” Wallace says when speaking with the MyBarrysBay.com newsroom about the award win. “There’s a lot of people in Ontario that are doing amazing work in conservation as well.”

She notes that while she doesn’t do this for the awards, it’s nice to be recognized. “The conversation community is recognizing the effort I’m putting in, which means they’re recognizing the effort the community is putting in,” she says. Wallace adds that everything she’s done over the years is a group effort and wouldn’t be possible without the help of those in the community. “It’s team turtle all the way,” she says.