Retired father living in Pembroke wins $75,000 thanks to OLG 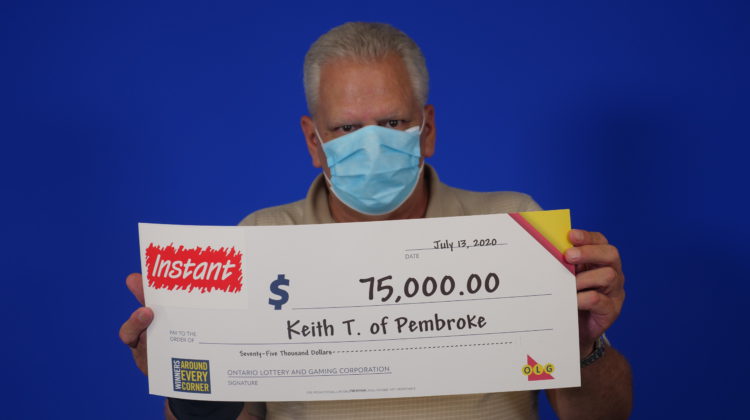 If Keith had not already retired, winning the lottery would probably have pushed him in that direction.

The 62-year-old former truck driver won $75,000 thanks to OLG’s Instant Slots.  “I was really excited – I couldn’t wait to tell my wife,” he said. Keith tries to play at least one Instant ticket a day while having his coffee in the morning.  “That morning I left the winning ticket by her coffee cup and waited for her reaction, which was better than mine – it was amazing,” he said while laughing.

The father of one says he’s going to help his daughter with his education expenses. He says she’s studying to become a doctor. “She is so excited and this investment in her future is worth every penny. We’re really proud of her,” he said.

Keith says he’s not only glad he was able to win, but that he could share the moment with his wife.