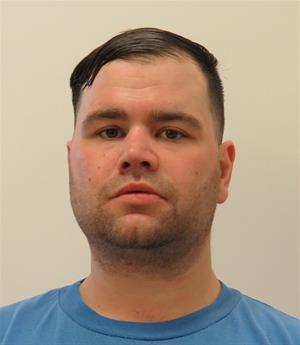 A Canada-Wide warrant has been issued for a man known to frequent the Ottawa and Belleville areas.

The Repeat Offender Parole Enforcement Squad is asking the public’s assistance finding Eric Vining, 35 years old, for breaching his statutory release. He is described as 5’10, 195 pounds with brown hair and brown eyes. Police says that he has a Roman Numeral “II” On his left forearm. Vining is known to frequent the Ottawa, Belleville and Quinte West areas. He also has ties to Prince George BC.

Vining is currently serving a nearly 4 year sentence for a number of theft charges. He is also charged with flight from a police officer, possession of property obtained by crime, dangerous operation of a motor vehicle, unauthorized use of credit card data and failure to comply with a probation order.