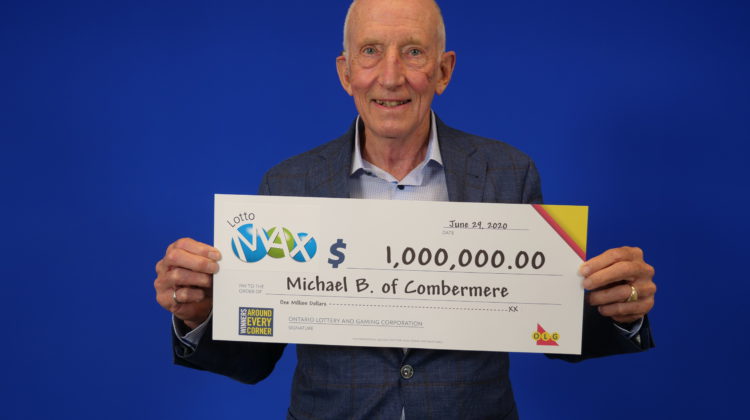 A local Combermere resident is richer, to the tune of $1 Million.

Michael Butt won the prize in a LOTTO MAX MAXIMILLIONS Draw back in April. The semi-retired engineer says he doesn’t have specific plans yet for the cash, but says he sees his win as an excellent opportunity to give back to the community. Butt said that he doesn’t usually play the lottery, and had forgotten about the ticket. His grandson checked the numbers online, and delivered him the good news.

This isn’t the first multi-million dollar win for Butt’s family. He says in the late 1980’s his brother won $3.5 million.

The winning ticket was sold at Barry’s Bay Esso.