Ontario to remain under state of emergency until June 30th 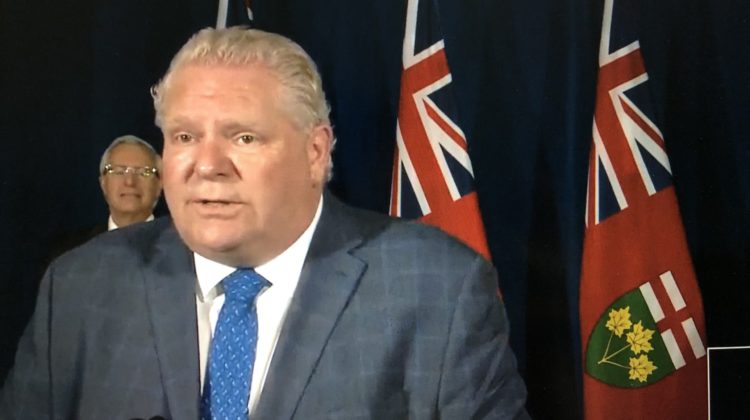 Ontario will remain under a state of emergency until June 30th.  The extension was passed earlier today in the Ontario Legislature.  Premier Doug Ford confirmed the news this afternoon in his daily briefing, “This does not mean the reopening of the province is on hold.  We are working around the clock on a plan that will reopen the province safely.  A second wave of the virus is possible, we must, we must, remain vigilant.”

He also confirmed the province is continuing to discuss a regional reopening of the province in places where cases of COVID-19 remain low.

Earlier Tuesday there was a group of about 30 people, some with children, protesting the extension of the state of emergency outside of Queen’s Park.  Independent MPP Randy Hillier was part of the protest and has been vocal saying that the state of emergency is not warranted.  Ford said he is disappointed in Hillier and called bringing children to a protest “irresponsible”.

The state of emergency includes several emergency orders that include the continued shuttering of restaurants and bars with the exception of take out and delivery, limiting gatherings to a maximum of five people, and the continued closure of outdoor amenities.

Ontario has been under a state of emergency since March 17th.