Toronto and Peel hotspots for COVID-19 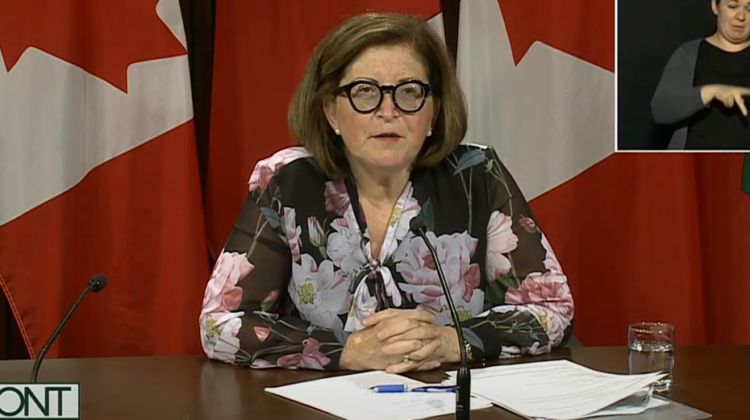 As the province’s daily COVID-19 case count spikes back into the 400’s, more than half of those cases are in the Toronto and Peel alone.

The province’s Associate Chief Medical Officer says in total, Ontario has seen 306 outbreaks in long-term care homes, 181 of which are still active. According to Dr. Barbara Yaffe, the province has reported a total of 1,455 resident deaths and six staff deaths.  Dr. Yaffe says 441 retirement homes are currently in outbreak with a total of 191 deaths reported.

The province is again inching closer to its testing target with 14,379 tests done in the last 24 hours and 6,427 tests still under investigation.

Dr. Yaffe was also asked about the possibility of careful visitations at long-term care facilities with spacious outdoor areas. She said she knew the importance of this matter, and that she hopes, “it won’t be as long as a month” until visitations are again allowed. Dr. Yaffe said senior staff at the Ministry of Long Term Care have done extensive consultations with stakeholder groups and open area visitations are being considered.

And following the confirmation of 120 positive cases of COVID-19 in workers of a Norfolk County farm near Simcoe, Dr. Yaffe said that when it comes to these congregate setting workplaces, testing alone is not enough. She says its more about having clear policies for people not to go to work when they are sick and having hand washing or sanitizing stations made available for workers.